A rather excellent teahouse has opened up right in the center at the heart of Busan's downtown area of Someyeon! It's called Hyung-Cha 향차 or Scent of Tea and its 2 doors down from the Seomyeon Rotary intersection. 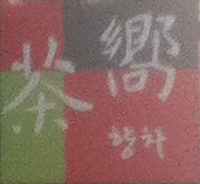 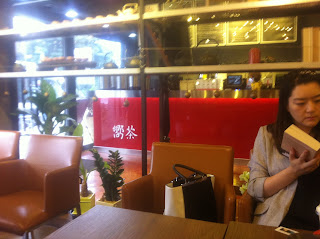 It has been said that many of the teahouses in Someyeon tend be rather small cramped and crowded But this one is an exception ! Its style is very Starbucks like in its atmosphere and front counter.
Much like Starbucks the menu is up on the wall behind the counter and they offer a wide variety of tea infused drinks. I highly recommend their Oolong Latte although it is also possible to get tea 'straight up' as well. 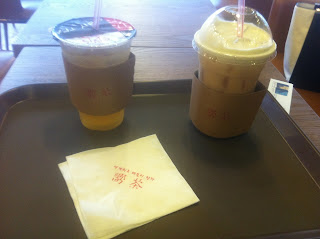 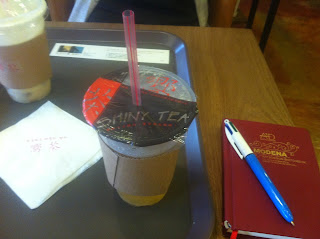 The teahouse is easy to get to : Just come up from the Someyeon Subway station Exit 11. As you come up from the underground do not U-turn, do not cross any streets : Just walk 2 doors straight around the curvy corner and you'll see... 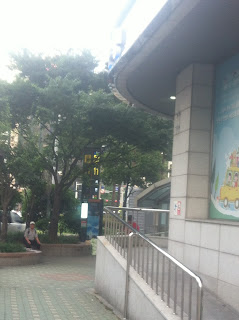 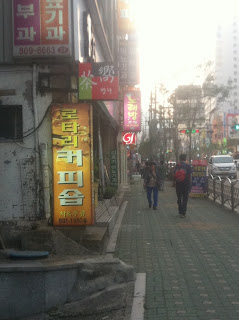 Straight ahead the green red and black sign and there, on the ground floor Hyung-Cha ! There's lots of seats and a great place to meet! Best Wishes and Stay Steeped! --M.W.T.
Posted by Matthew Thivierge at 8:40 PM