5 Years ago I was wandering around Busan's busy downtown area Someyeon when to my surprise I happened upon a sign for a traditional teahouse. The sign was small and the tea house on the 4th floor. Upon ascending the flights of stairs I came to the 4th floor which was essentially the roof ! On the roof was a house which was the DaJeon tea house. Da Jeon in English is Tea Field (They used the Chinese characters).

The tea house has been there for many years now and although hard to find, is quite popular with Busan's vegans in the know as it has a very delicious vegetarian menu. While quieter on the weekdays, there is a steady flow of patrons on the weekends. 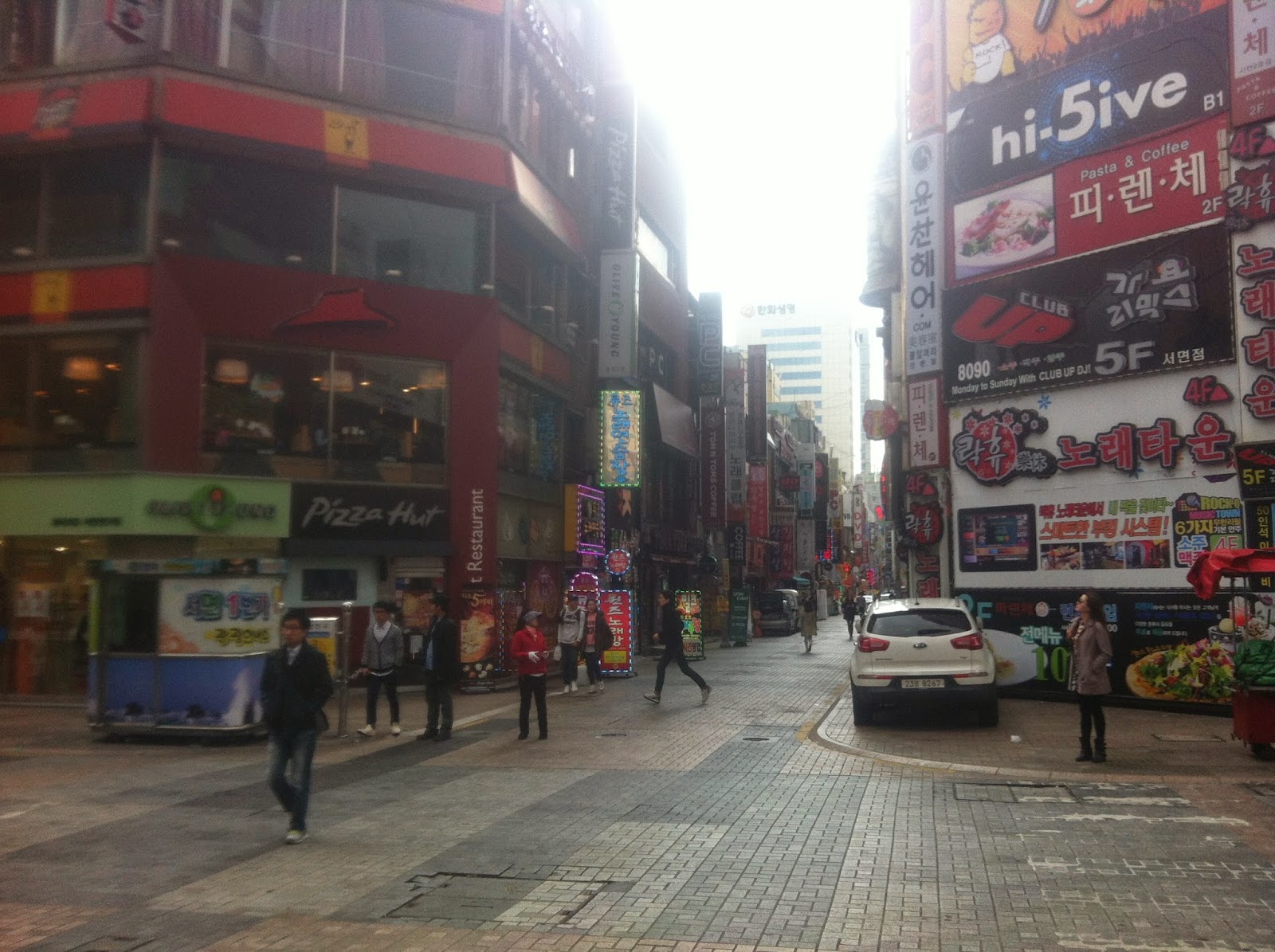 Essentially, there are two ways to get there :
The more complicated way is by heading behind the Lotte Department store in Someyeon until you arrive at the intersection pictured at left. There's a Pizza Hut and further down a Tom and Tom's coffee.
Go down the street further from the Pizza Hut to the Tom and Toms and keep going down. Eventually on your left you'll come to a WaBar 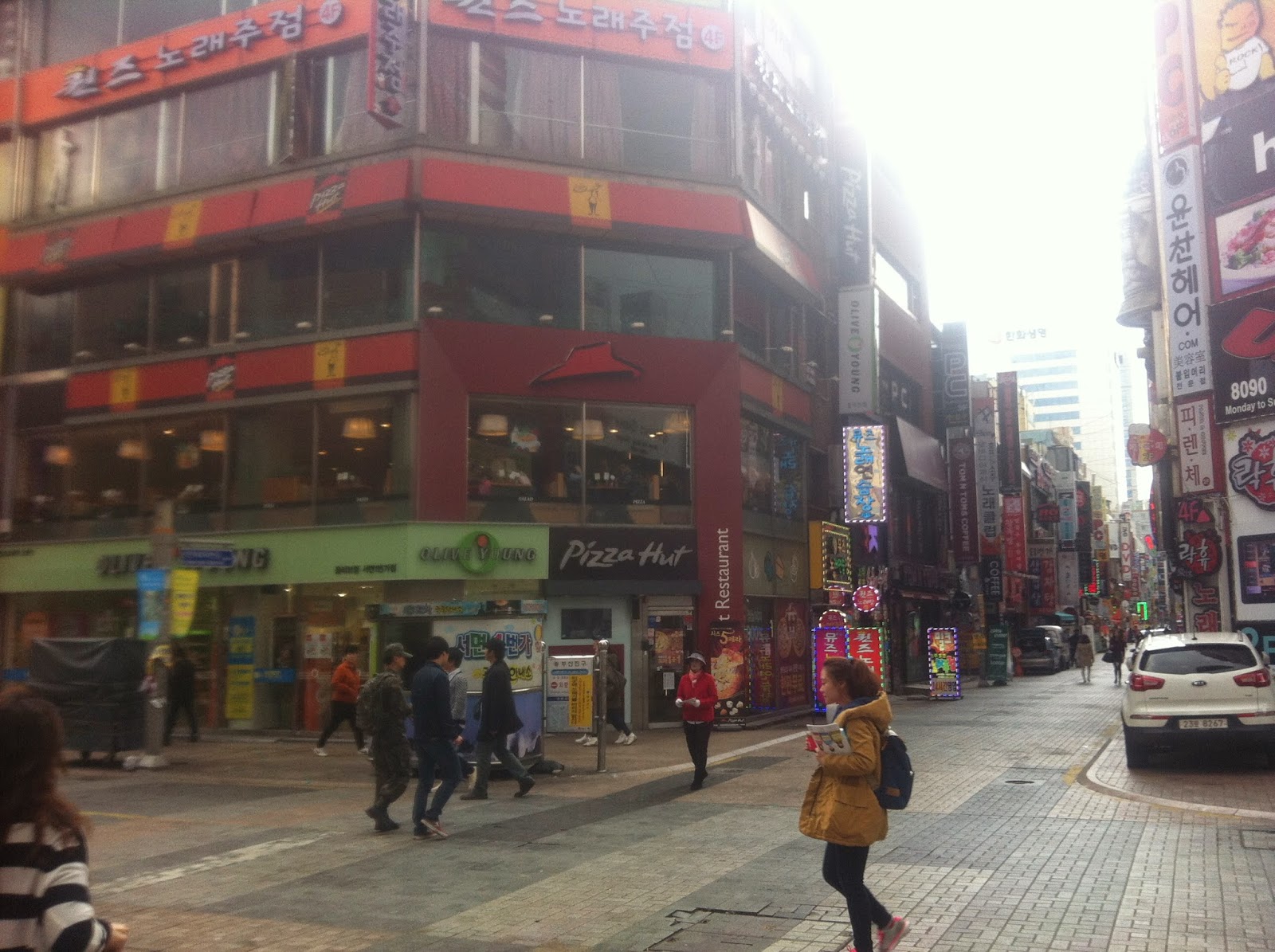 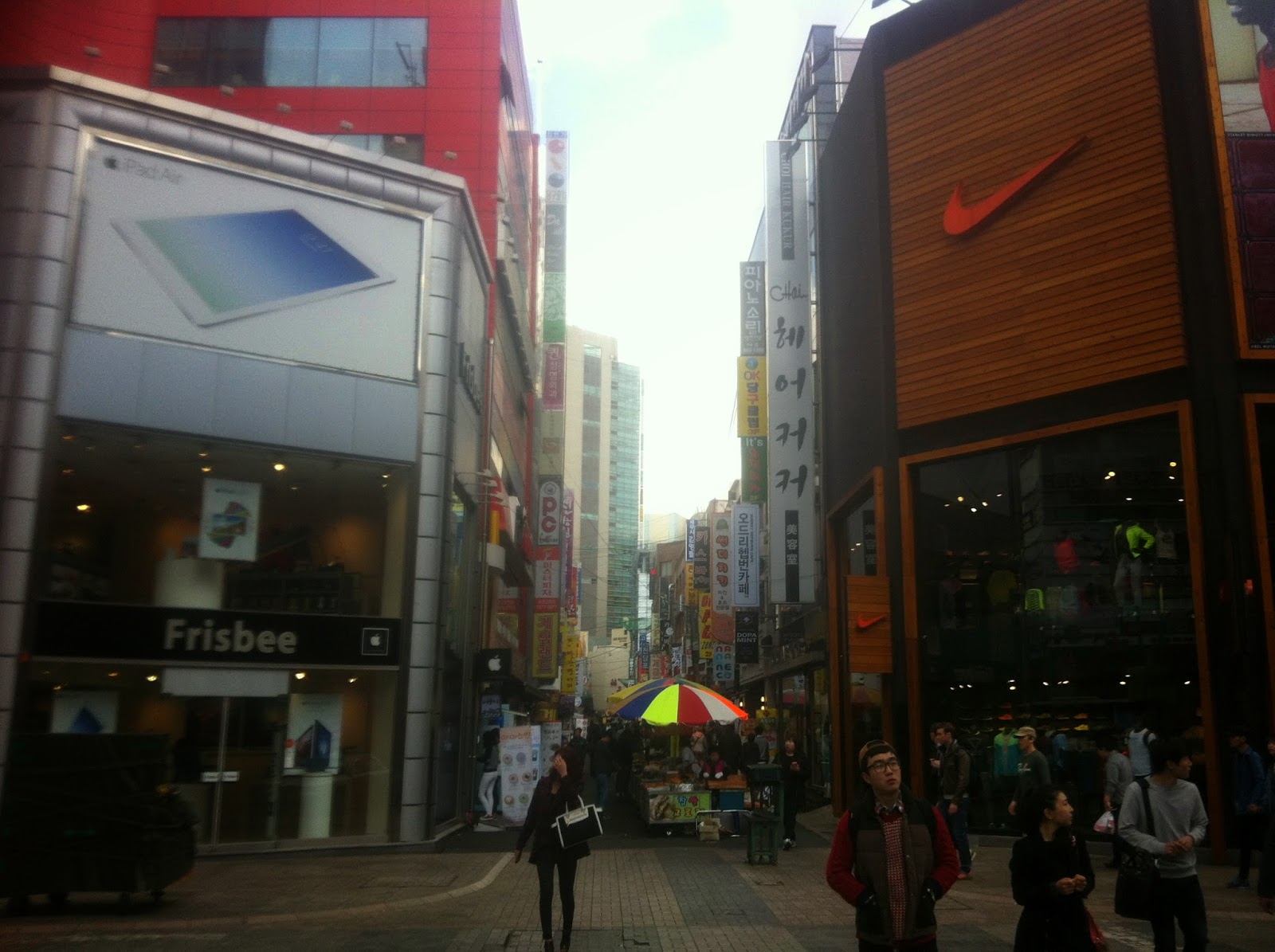 This is a view of the earlier mentioned intersection facing towards the Lotte Dept.Store. The Nike and the Apple Store. From the Lotte you'll pass these stores and be facing the Pizza Hut which is across from these two. 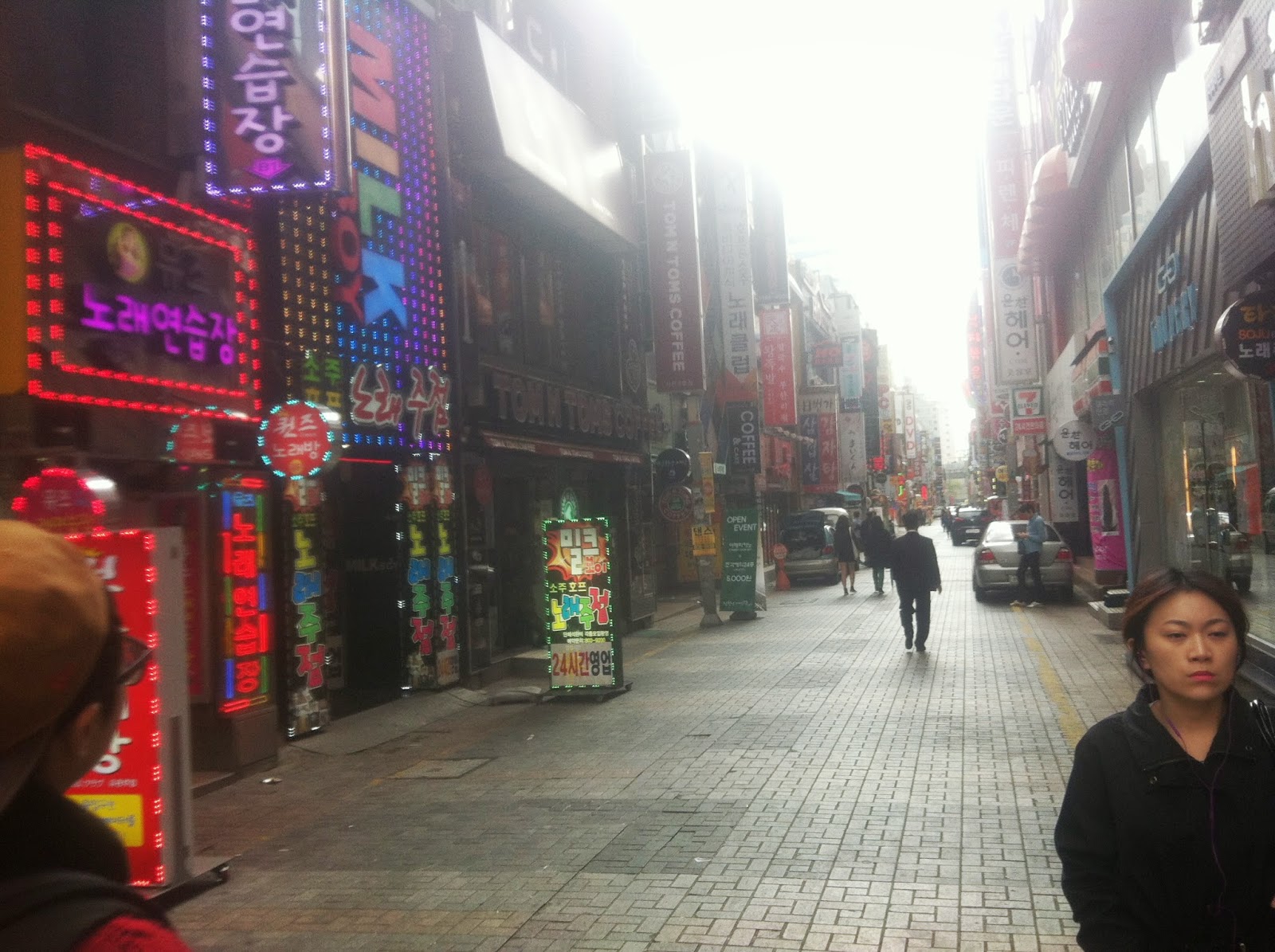 After the Pizza Hut, on the left a blurry Tom & Toms. Keep going down until you see the WaBar on your right. 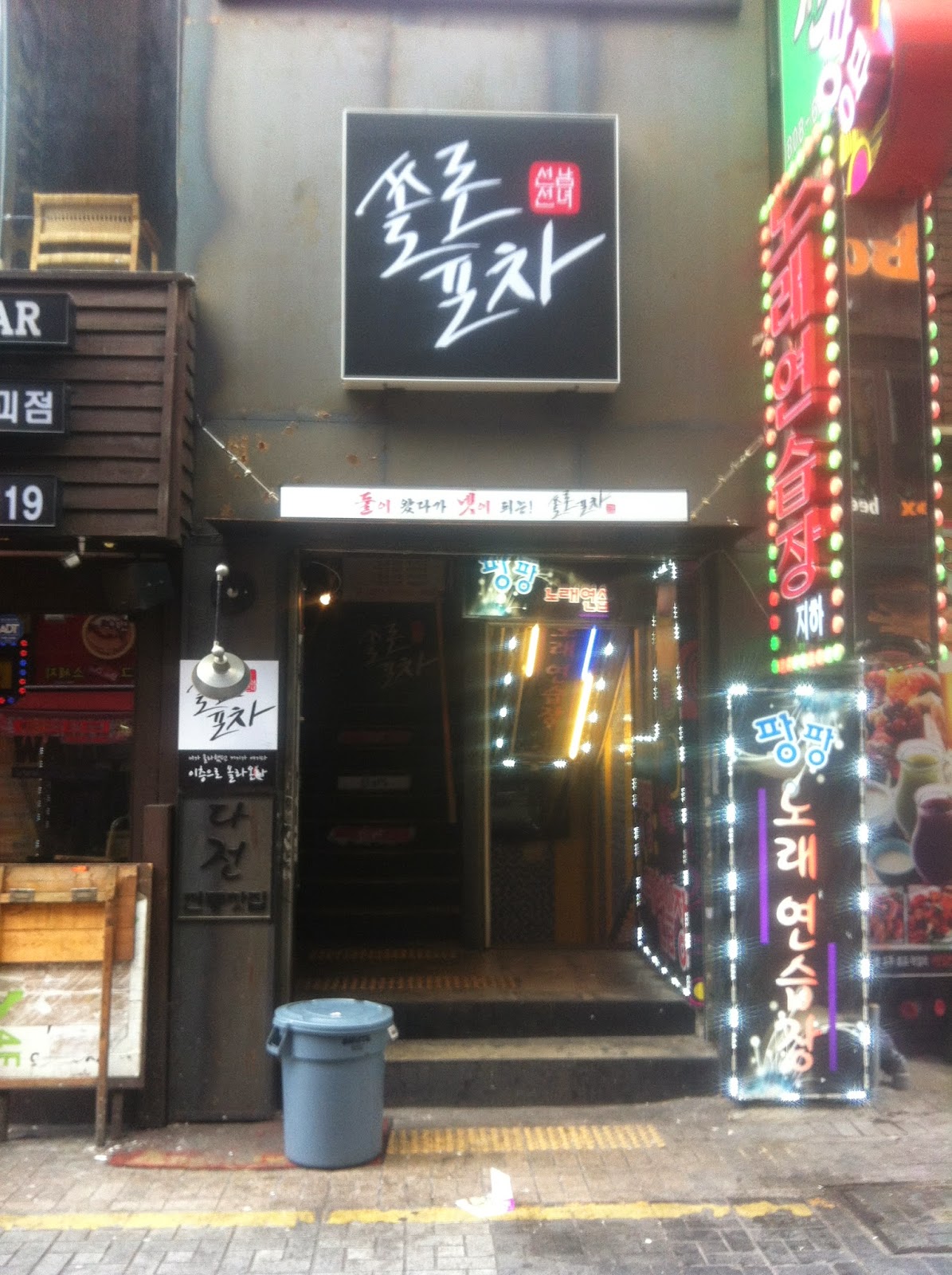 Here's entrance to the  tea house. Not much for signage. These stairs are to the right of the much easier to spot WaBar. 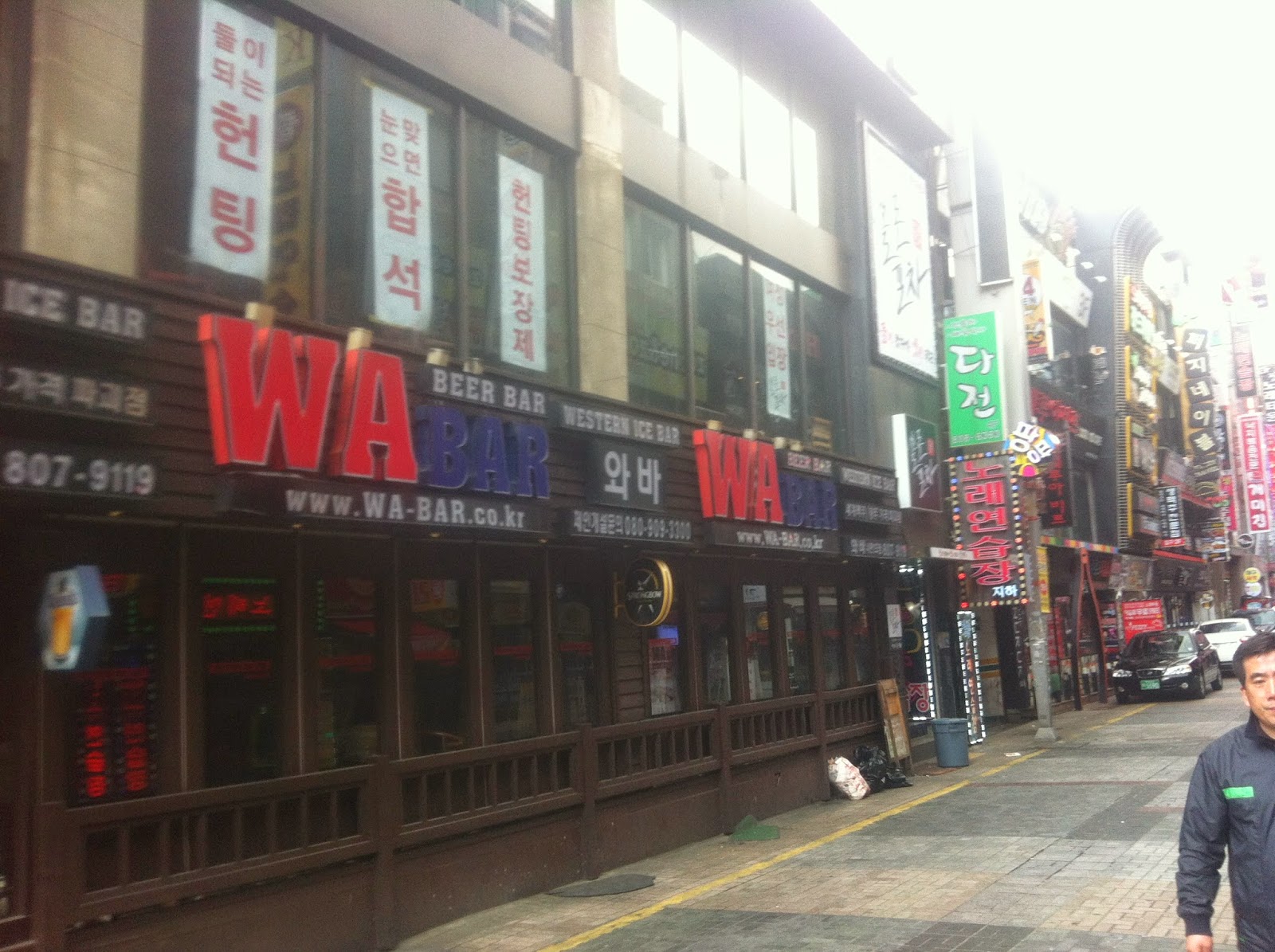 See here? To the right of the WaBar is a green sign that says 다전 4F. The second and much easier way to get to the teahouse is to start before the famous (and much easier to find) Pagoda Hagwon. Next to it on the first floor is a cellphone store and a side street. Across the small side street is ... 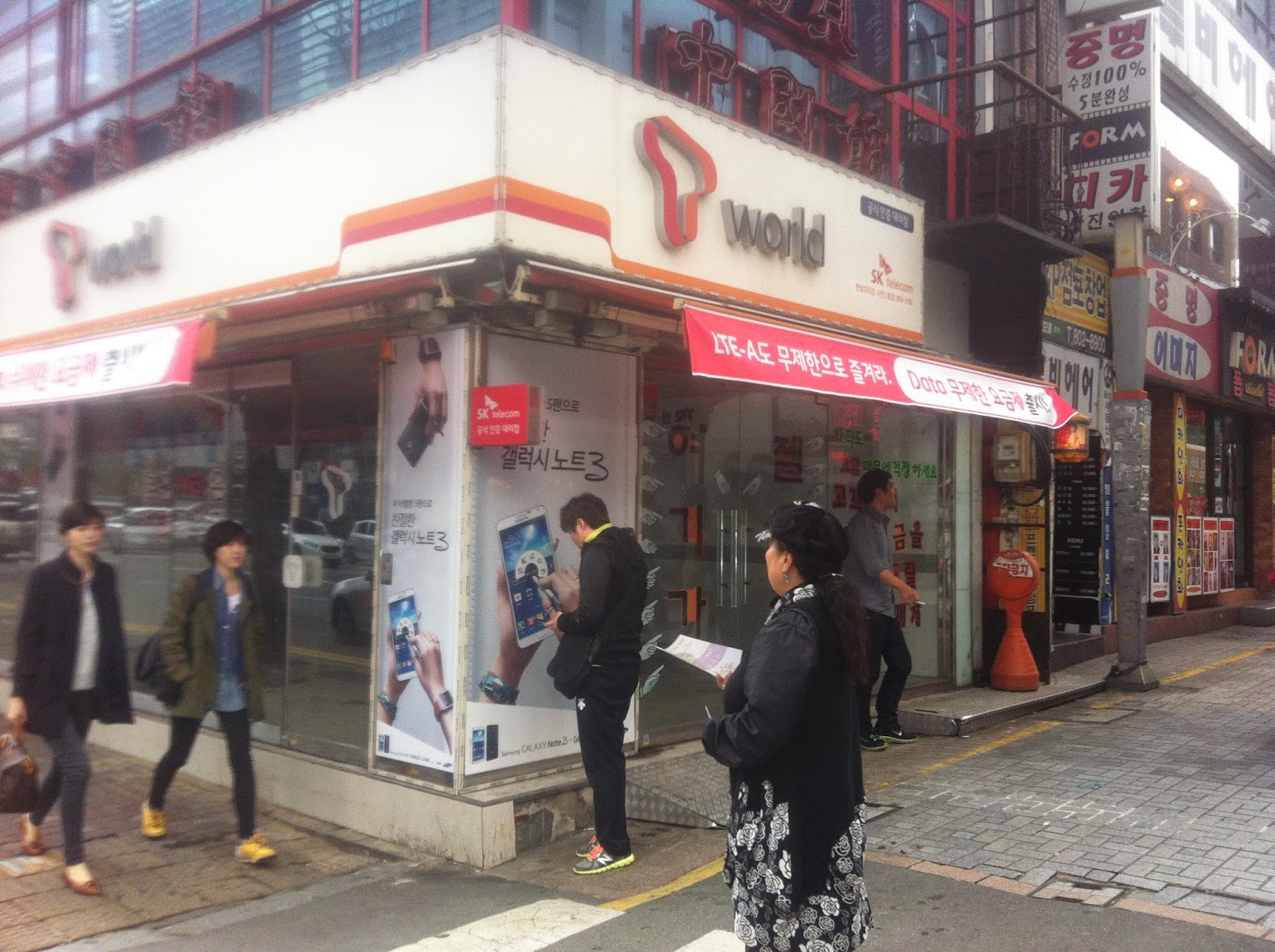 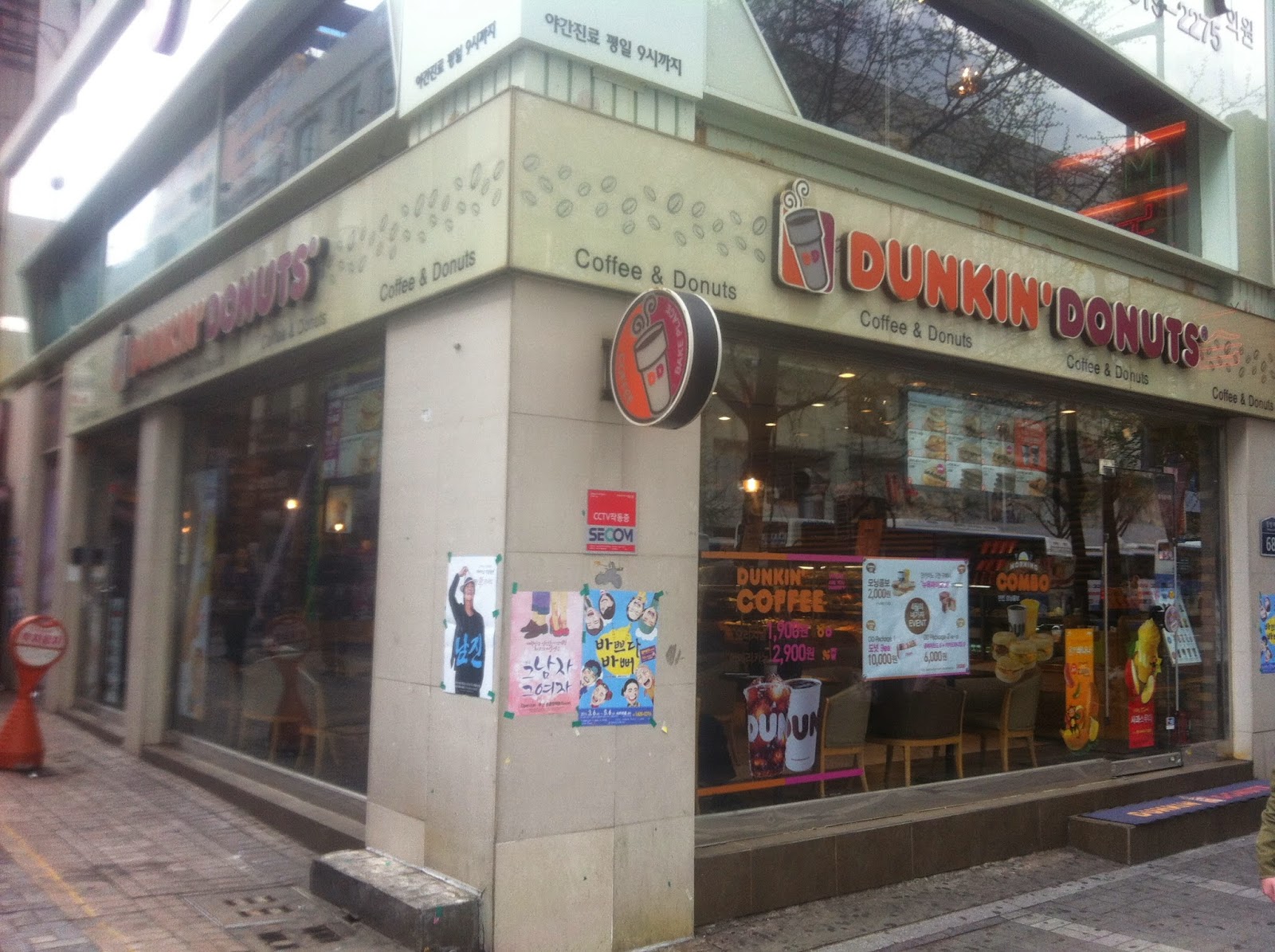 Dunkin' Donuts. Go between the cellphone store and Dunkin Donuts 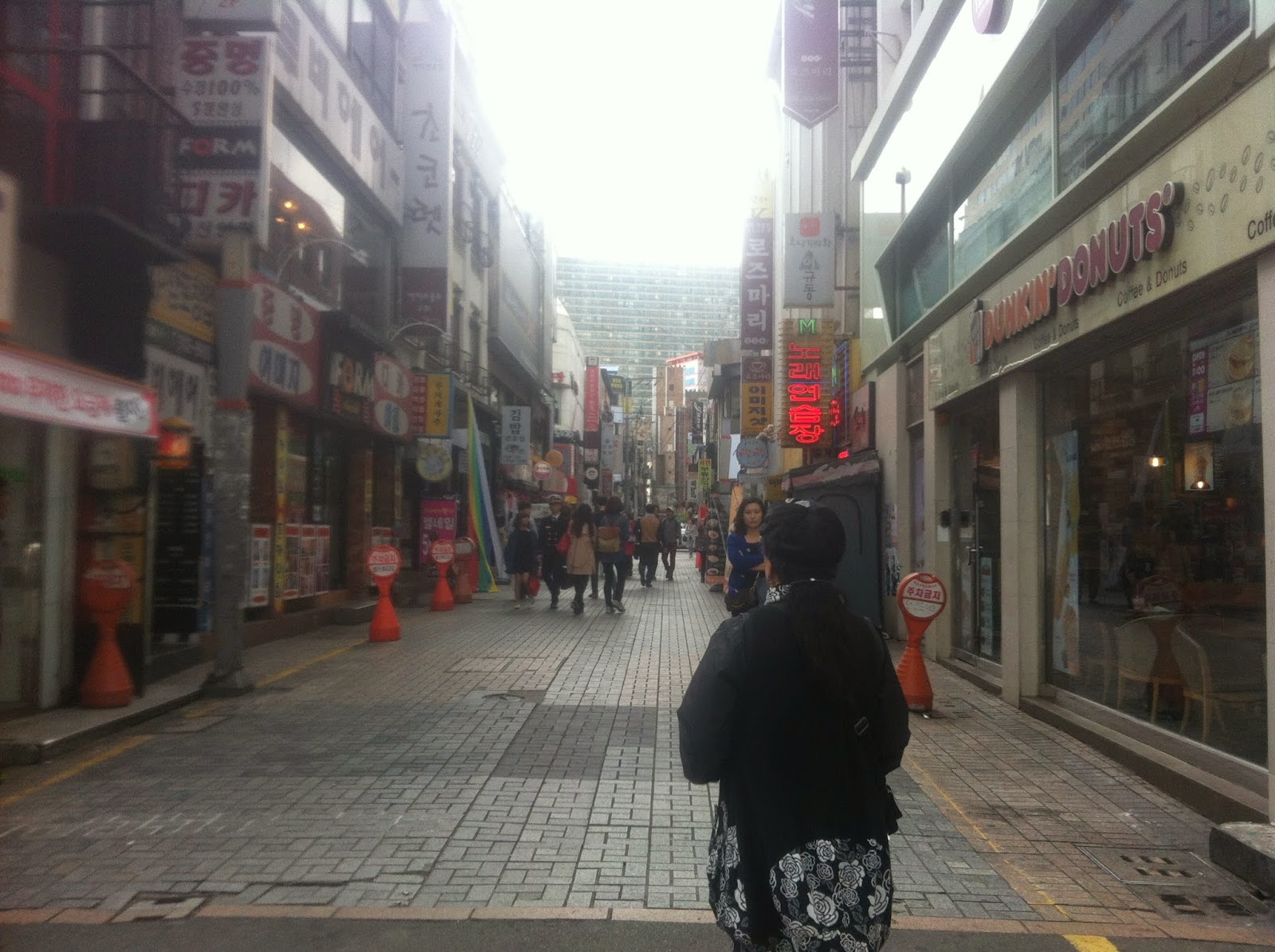 down the narrow street to the next intersection where you'll discover : 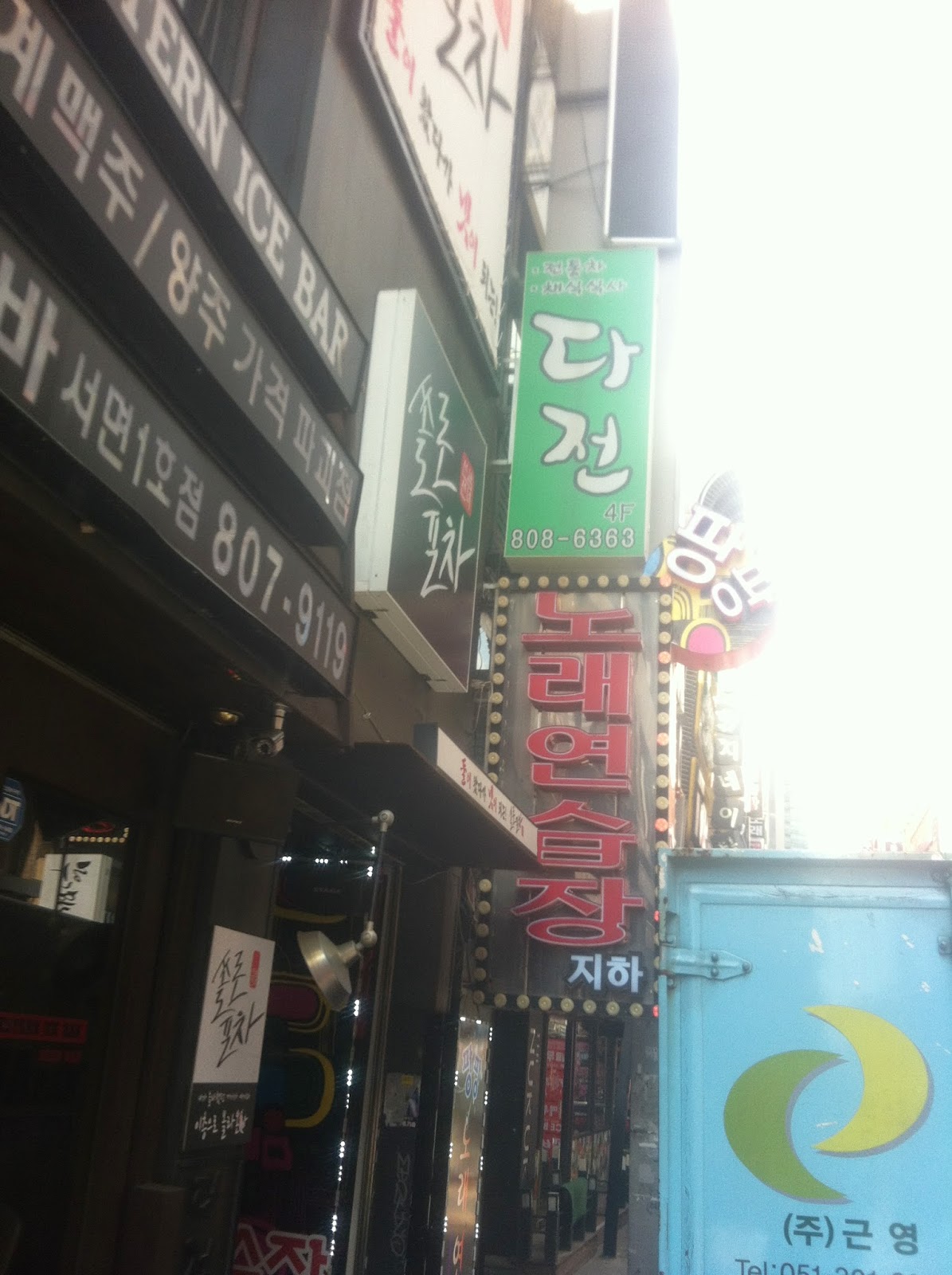 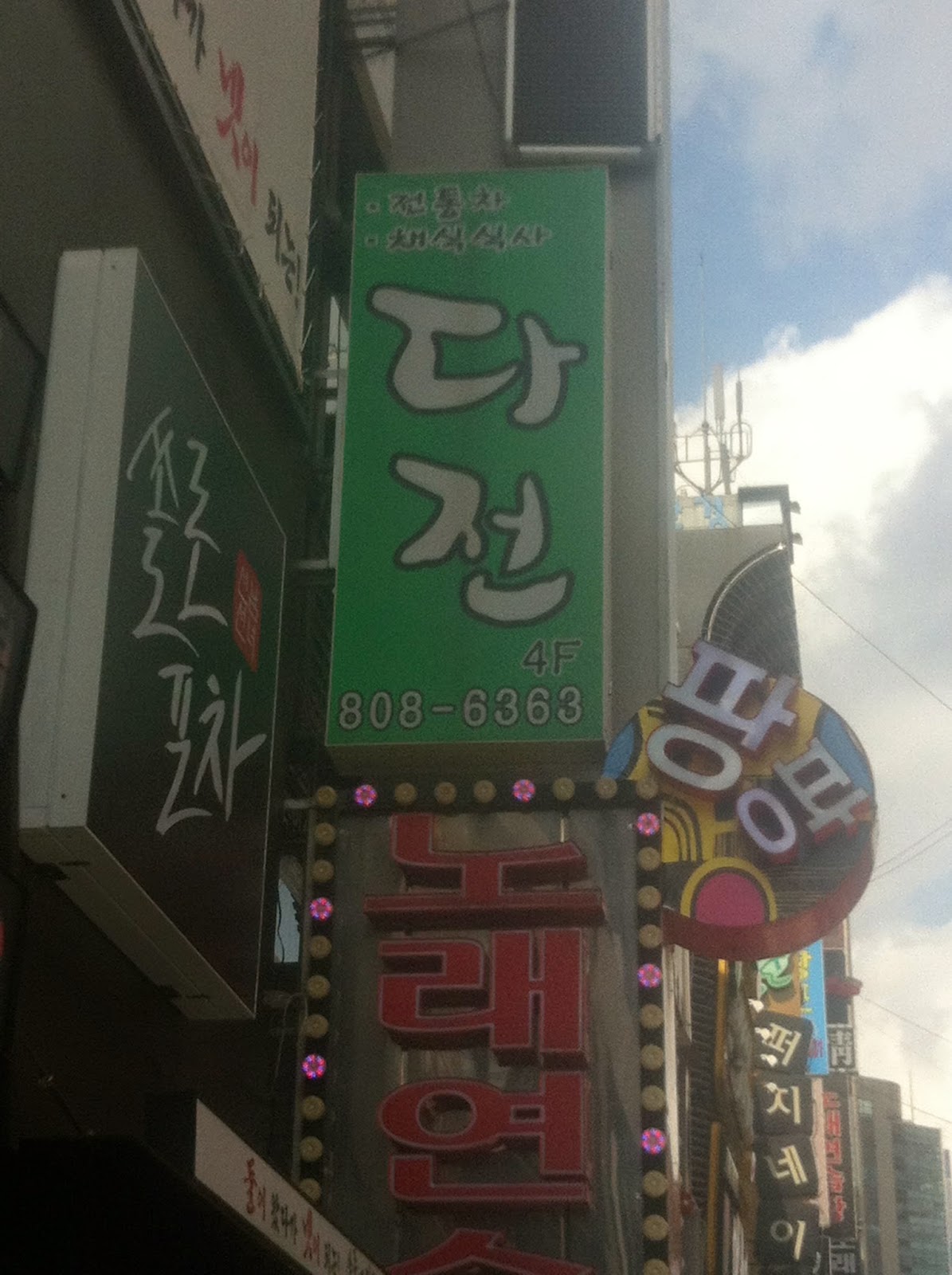 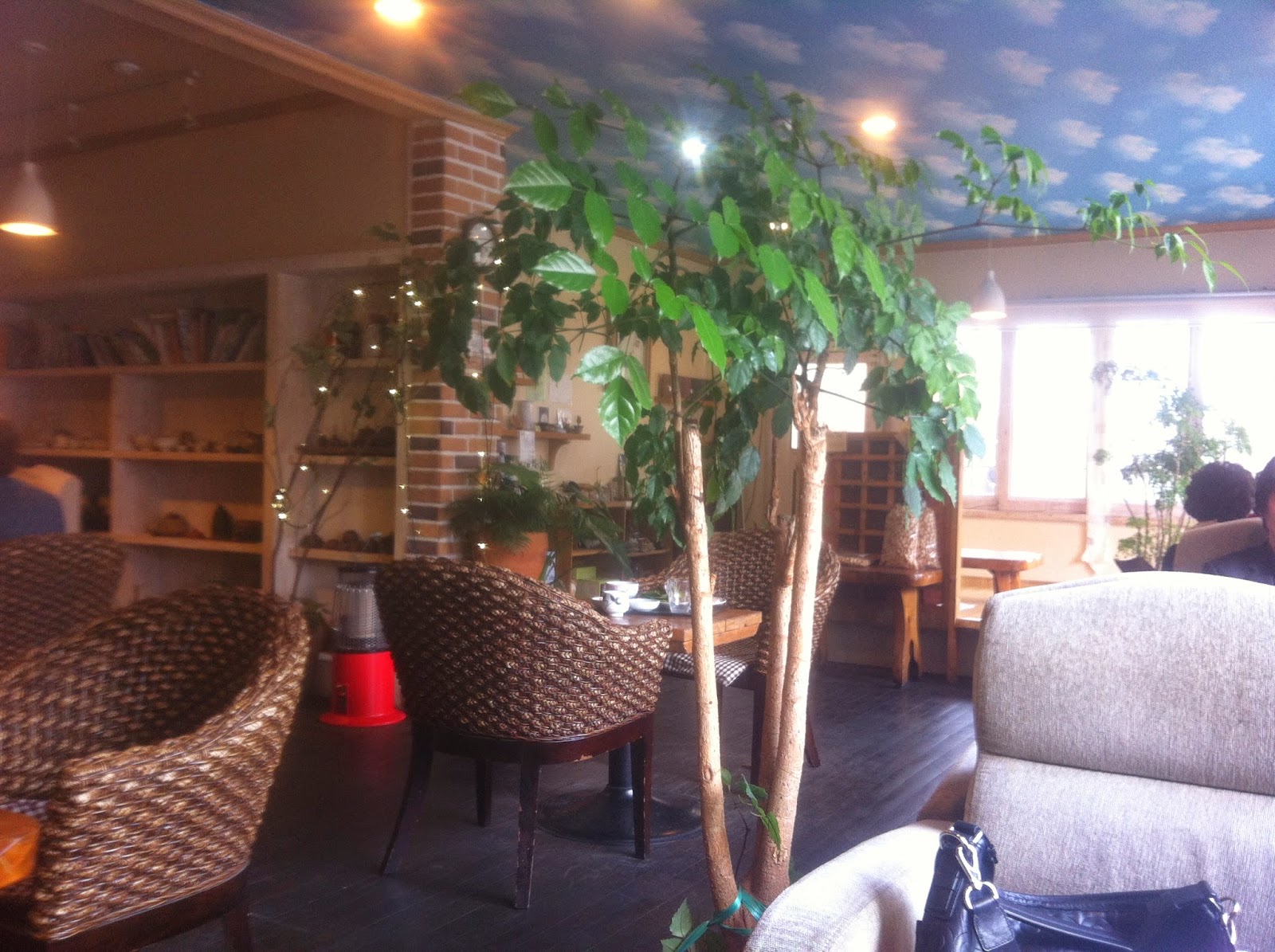 Up, up on the 4th floor you'll find plenty of seats. 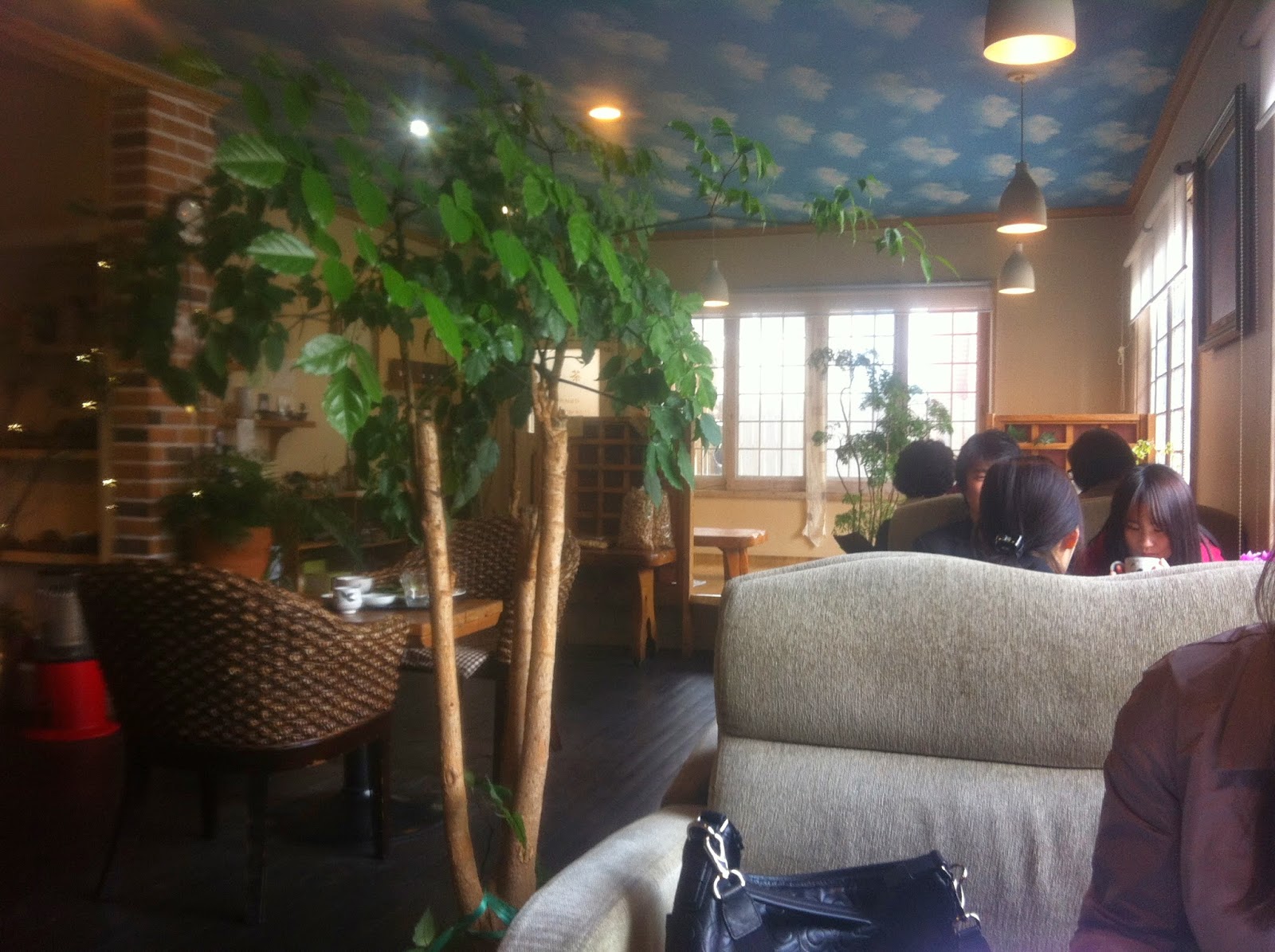 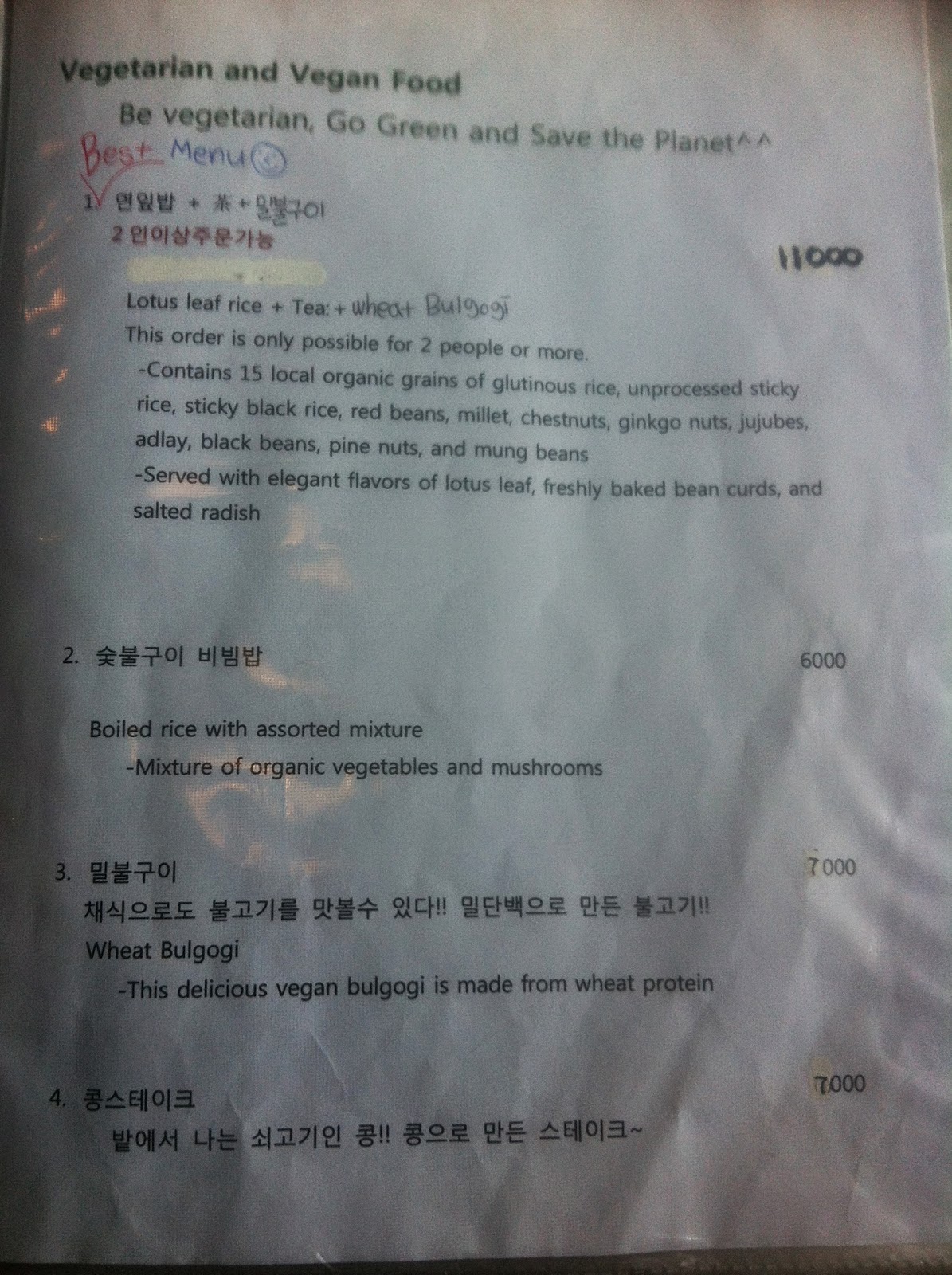 Here's part of the menu in Korean and English ! 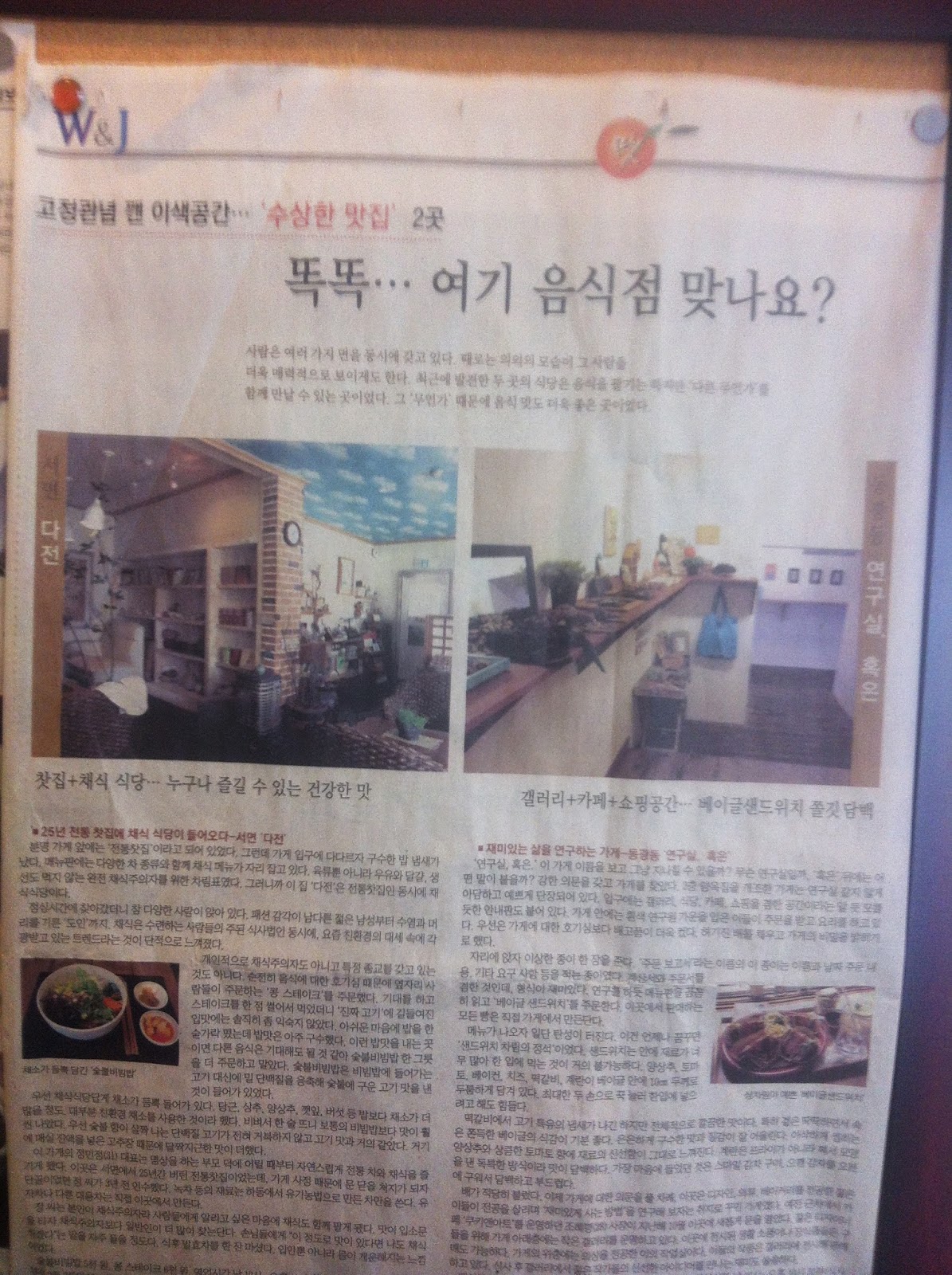 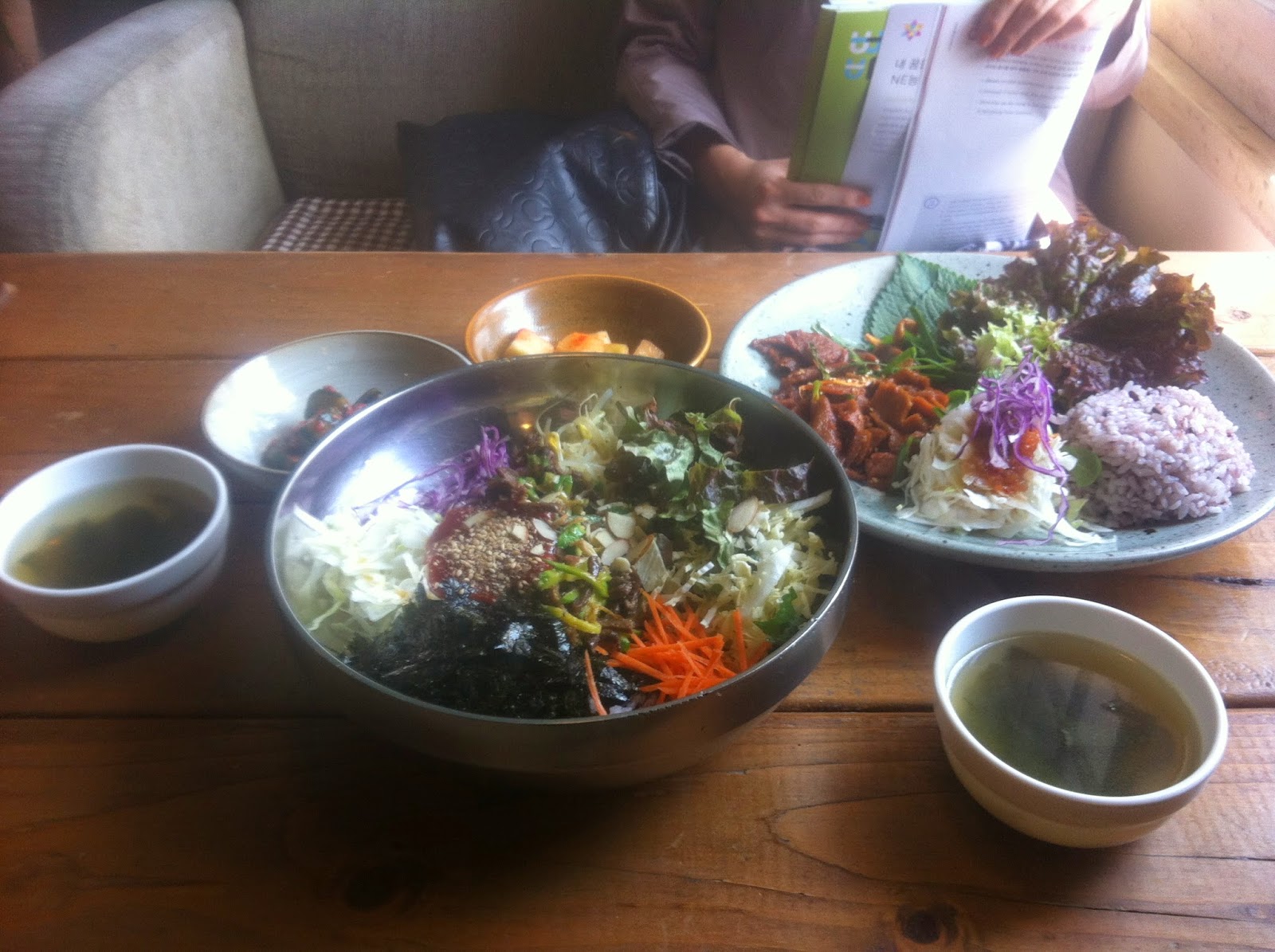 A fine spread indeed! Their BiBimBap was excellent! 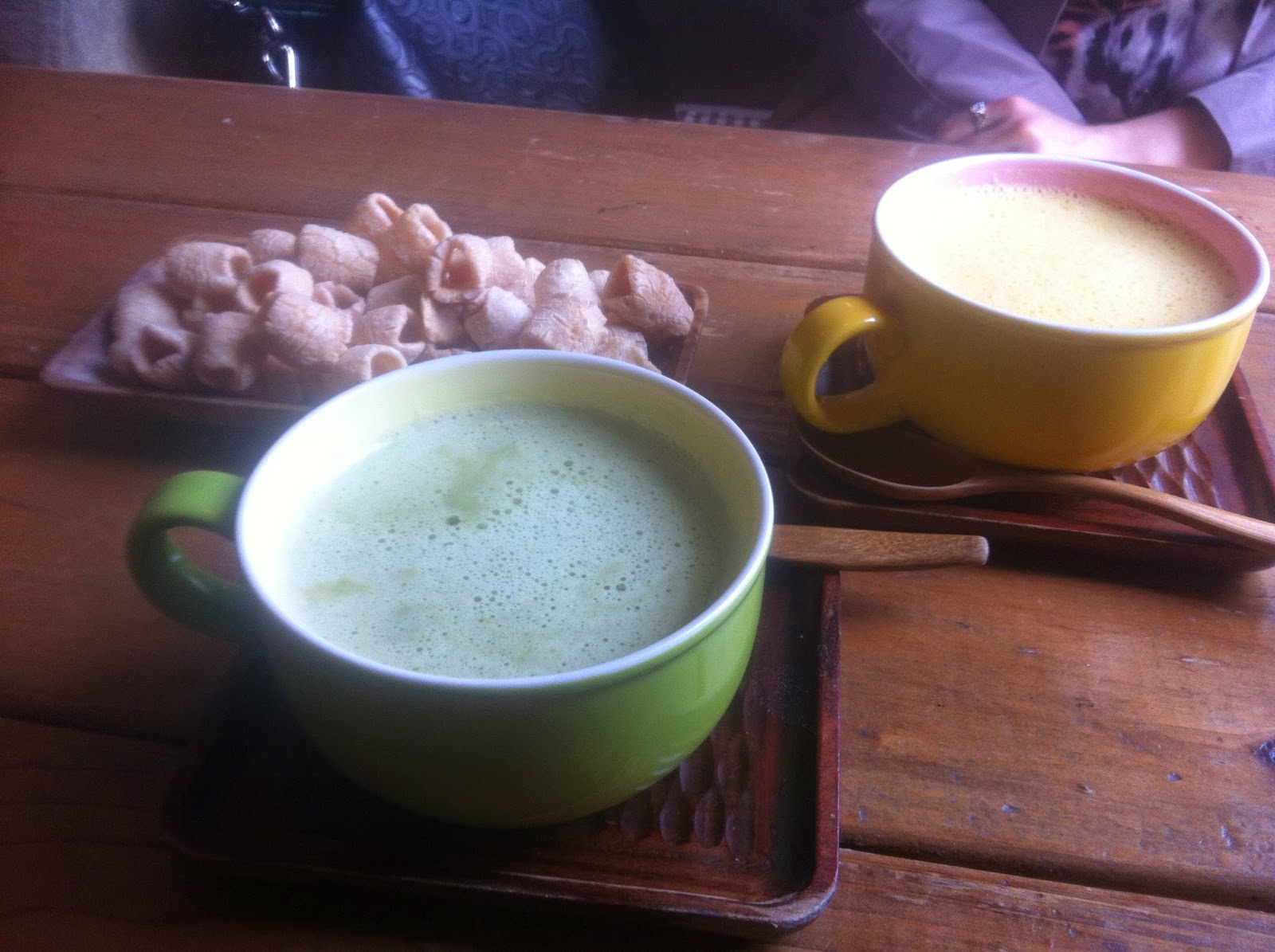 We ordered the Pumpkin Latte and their Green Tea Latte. Their Pumpkin Latte was very smooth indeed!
They also have various herbal teas on the menu.
Now you can count yourself as another 'in the know' as it is a rather hard to find tea house tucked in on the 4th floor up above several bars.
Posted by Matthew Thivierge at 8:29 PM