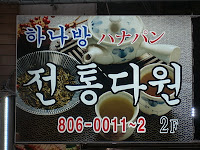 Located right behind Someyeon's Lotte Department store, this teahouse is rather quite easy to get to. Beside the store there's a street with food stands. Go straight down that one away from the hustle and bustle of the street with all the busses and stuff. You'll come to a tiny triangle where alot of adjulshis hang out smoking and chatting. Right next to the triangle is 하나방. 전통다원 means traditional tea house.

(This picture below was taken from the triangle 'park' right behind Lotte Dept.Store in Someyeon). 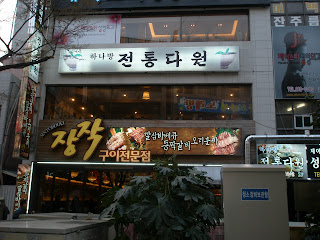 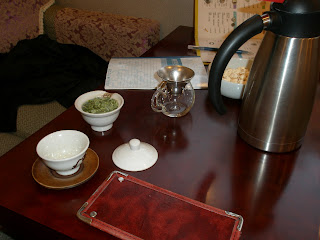 This particular time I ordered a 대나무 잎차. Daenamoo means bamboo and Ip cha means leaf tea. The tea comes in a little infusing bowl and looks alot like chives the way its all sliced up. Just add water to the bowl and put the lid back on. Then pour it through the filter into your little glass bowl. Bamboo leaf tea has a very subtle taste indeed. I recommend it during those dry weather yellow sand days. Some may argue that this tea is rather weak and impossible to ever make strong. Such is a valid arguement against this tea.
At Hanabang they do have the more fruitful 5 flavors tea 오미자차(Omejacha) and a very fine 대추차 (Jujube/Plum tea). They also have Pu'er/Boey Cha 보이차. 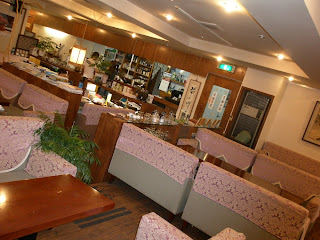 The more popular tea here at Hanabang is their 대추차/Dae-choo cha. Daechoocha is made from jujubes otherwise known as plums. At Hanabang they give you a big cup of it and it is quite good. Their menu is divided into several sections: 보약차 or medicinal teas (there's that 약 word again!). 주국차: Chinese teas. 꽃차 flower teas (they have 2: rose 장미 and 국화 chrysanthemum). They have a section of summer specials: 여름별미 like Patbingsoo, ice coffee etc. Then there's their 잔통차 or traditional teas. 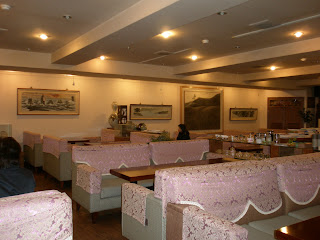 Hanabang's interior is the ultimate in comfy cozy with plenty of seats. They also have amazing paintings all around. Near the counter they sell incense, some of which is of the kind you'd find in the temples around town. While there are others with more gentle scents there.
Many of us foreigners hang out at the Coffee Bean and Leaf in Someyeon, it is especially warm and cozy during the summer months. Well, a very fine alternative is Hanabang. It's all about knowing what to order, and I do hope I have been of some service.
Hanabang's hours are awesome:  Open 7days a week 10am-11pm.
Next time around I'll review more of their teas. But, alas this afternoon I'm off to another more old school teahouse, also in the Someyeon area. Stay tuned to channel T for more. Till then, stay steeped!
Posted by Matthew Thivierge at 1:22 PM