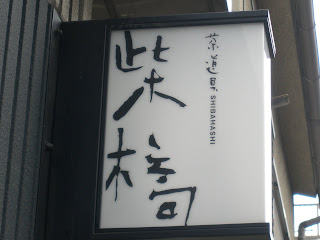 When in Busan one "must travel to" destination is Osaka. You can take the Panstar ferry from Busan to Osaka. It takes 1 night to get there leaving Busan about 2 or 3 in the afternoon and arriving there at 10am. It is extremely convenient.
We did alot of shopping down Shinsaibashi (one main shopping street there) 2km of shopping ! One place I definitely wanted to go to was Matsuyamachi subway stop where theres an old teashop that is amazing. Expensive but worth it. They sell Japanese tea ceremony equipment. The shop is called Shibahashi. Originally I found out about this shop here which has a convenient map :
http://www.osaka-info.jp/en/search/detail/course_35.html 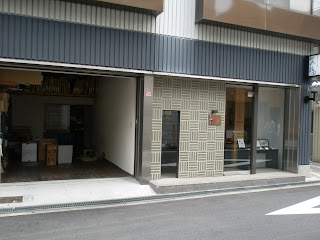 The shop is on a street that runs parallel to the subway street heading east. It is mostly a residential area with not much to see on the way. 2 streets south there is a long shopping street but that's a little ways away. At the subway stop theres a few huge toy stores. Great prices too !
Shibahashi has been selling tea ceremony equipment since the 1950s. 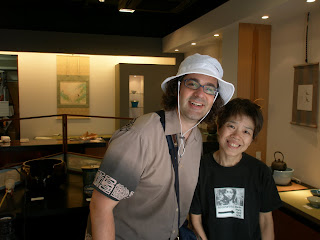 The sales lady was extremely helpful. I wish I had gotten her name but alas no English (My Japanese classes start in November *hmph*)  Luckily from their website I knew what I wanted, and it was on display there : One of the leather bags that contained all the things needed for a Japanese tea ceremony. 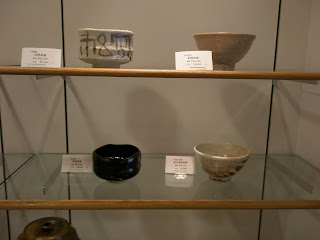 The two teabowls on the left are originally Korean in design. Teabowls of that design are called Raku Teabowls or in Japanese and Korean: a Raku Chawan. A design that was created by a Korean potter in the 1200s. His name was Raku which is odd considering he was Korean. At that time some Koreans were brought to Japan to work for the local Samurai or for the Shogun. This is the best explanation for his Japanese name.

The bowls on the right are also Japanese Matcha bowls. The wide rim design for those came from China during the Song Dynasty. At the very bottom is a water vessel where one would scoop out fresh water. 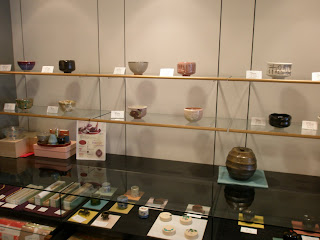 At the bottom, under the glass they have various 'chaire' as they are called. Chaire are containers for Matcha powder. Originally the Japanese teamasters took cosmetic containers and used them for holding their powder. These were decorated with various motifs and became part of the Japanese tea ceremony in use today. 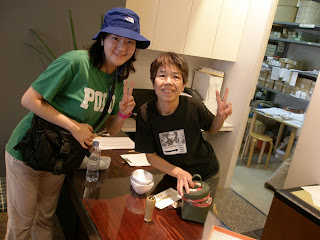 One of the sales staff packing my teaset and explaining how to use it. I'll do a more detailed explanation and review of the set and its use later.
b


Posted by Matthew Thivierge at 8:40 PM