A Fine Bowl of the Green in Someyeon

Back in the 1200s green tea was drunken in powdered form, in bowls, wisked to a froth with a bamboo wisk. This occurred in China, Korea and Japan. At the end of the 1200s the mongols invaded, somehow wiping out this tea culture. As the mongols weren't able to successfully invade Japan, it survived there, later becoming the Japanese tea ceremony.
In Japanese and English it is called Matcha, in Korean its Malcha 말차. In Busan today, there are two places that serve green tea that way, the best of which is in Someyeon at a place called DaSoul.
SAs you can see on the map here DaSoul is located next to the McDonalds and the public library. To get there, take the street between The Burger King and the underground McDonalds heading away from the underground shopping mall street. 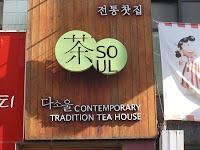 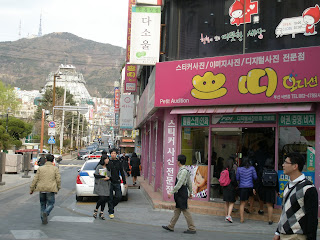 Heading down that street will lead you to this corner. On the left is the police station and the library. On the right, blood donation and photos. DaSoul is in that building on the 2nd floor. To the right you'll see the sign. 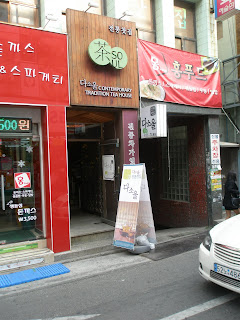 This is the enterance to the Zen garden that is Da Soul. 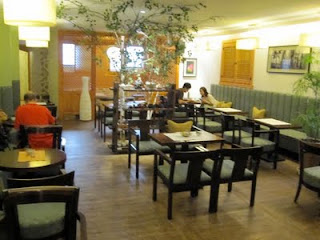 Inside you'll see there are plenty of seats. This teahouse is always busy. 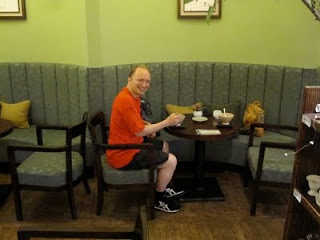 As you can see here, my friend Will enjoying his tea. I quite often bring my friends here for tea as everyone always has a great time. Japanese Matcha is quite strong in flavor as you are consuming the entire leaf of the tea in your bowl opposed to infused teas. These days many Korean companies are making their own powdered green teas as the Matcha market is greatly expanding. 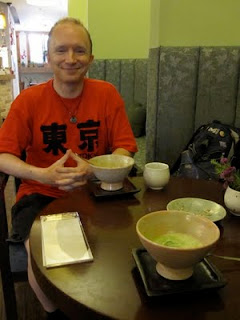 My main recommendation for this place is their Malcha Shake as it is called,  which is essentially a Matcha Affogato : Powdered green tea whisked to a froth with a pad of sherbert ice cream ! An awesome innovation to the Song Dynasty green tea. If you like you can simply order the Malcha and have it without the icecream the way the Goryeo dynasty Yangban used to.
Open from 12 till 12 they offer a wide variety of the traditional Korean teahouse teas but are known for their Matcha or Malcha as it is called here in Korea. 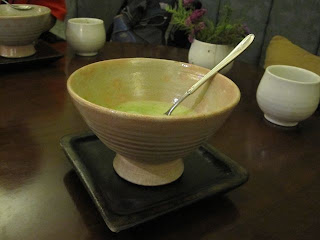 Posted by Matthew Thivierge at 2:38 PM