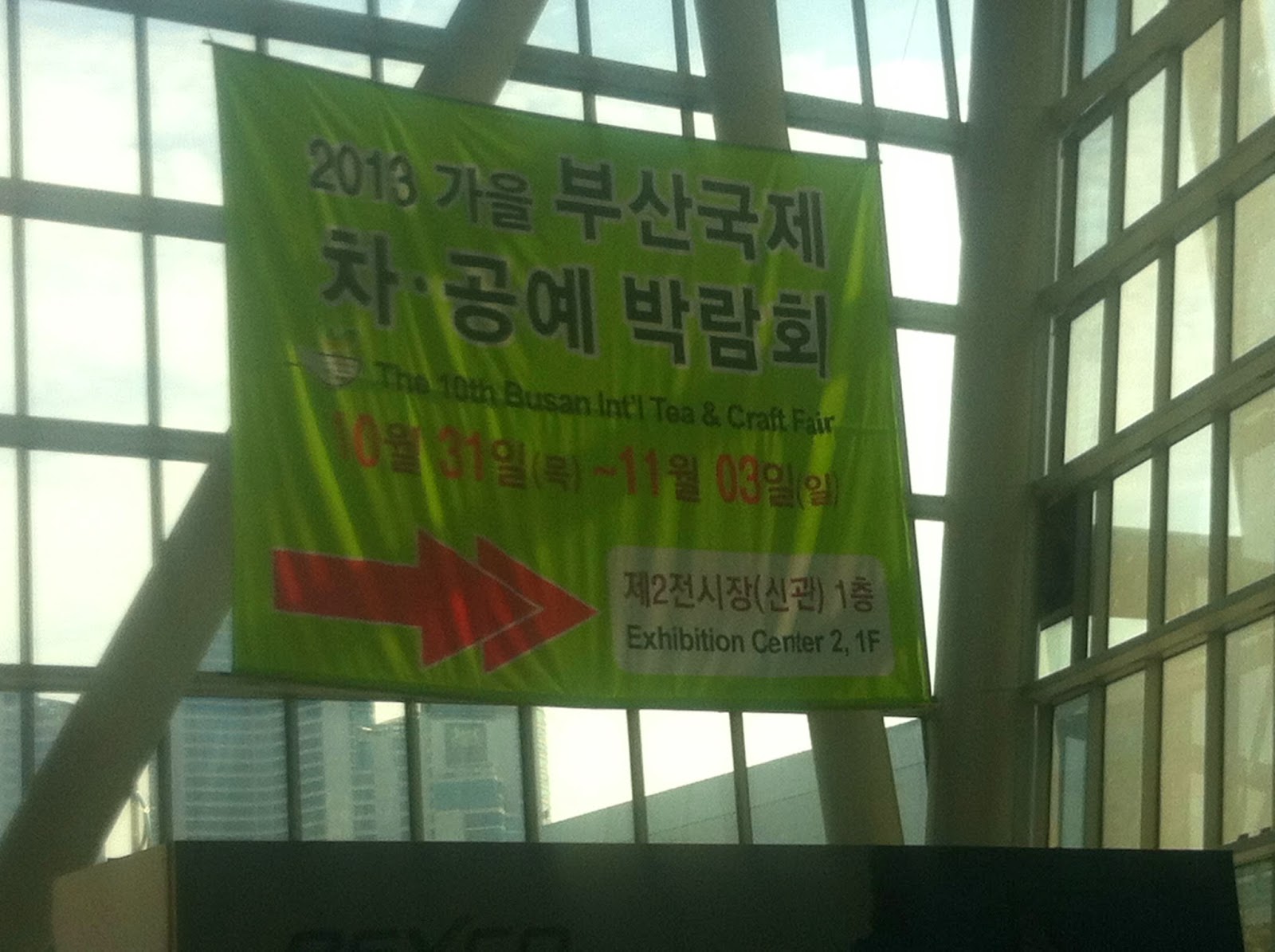 Tea Clothes and Hanbok I found them at last summers International Tea and Craft Fair in Bexco Convention Center.

For the formal Chosun Korean tea ceremony (using leaf tea) people wear Chosun Dynasty style hanbok. The kind some Koreans tend to wear at formal occasions.
However for attending tea classes and less formal tea parties there is something Koreans call Cha-ot 차옷 or tea clothes. These clothes can be classified as a type of hanbok as the clothes are of Korean design and style although they are most decidedly different from the hanbok Koreans would wear to, say, a wedding. 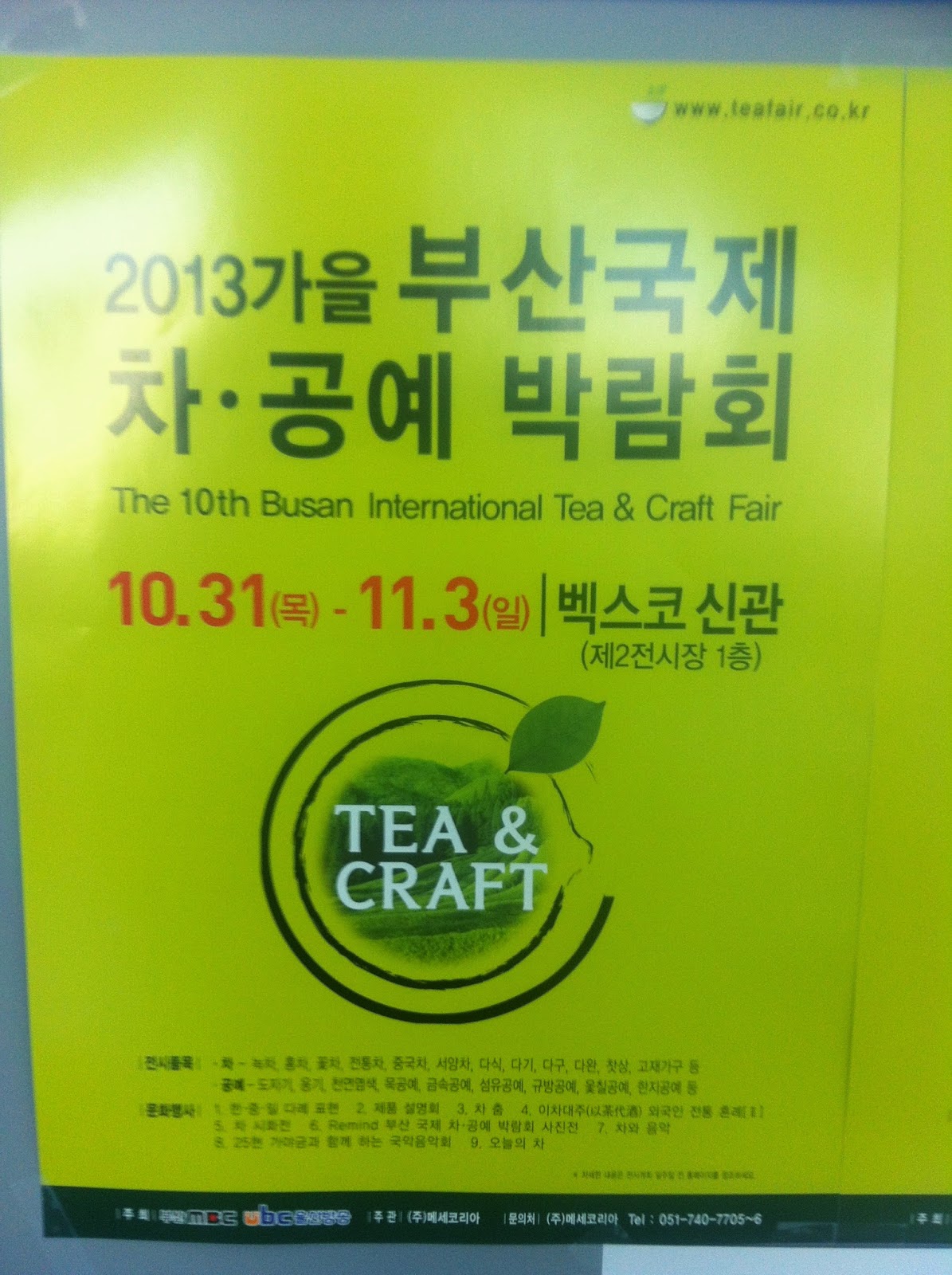 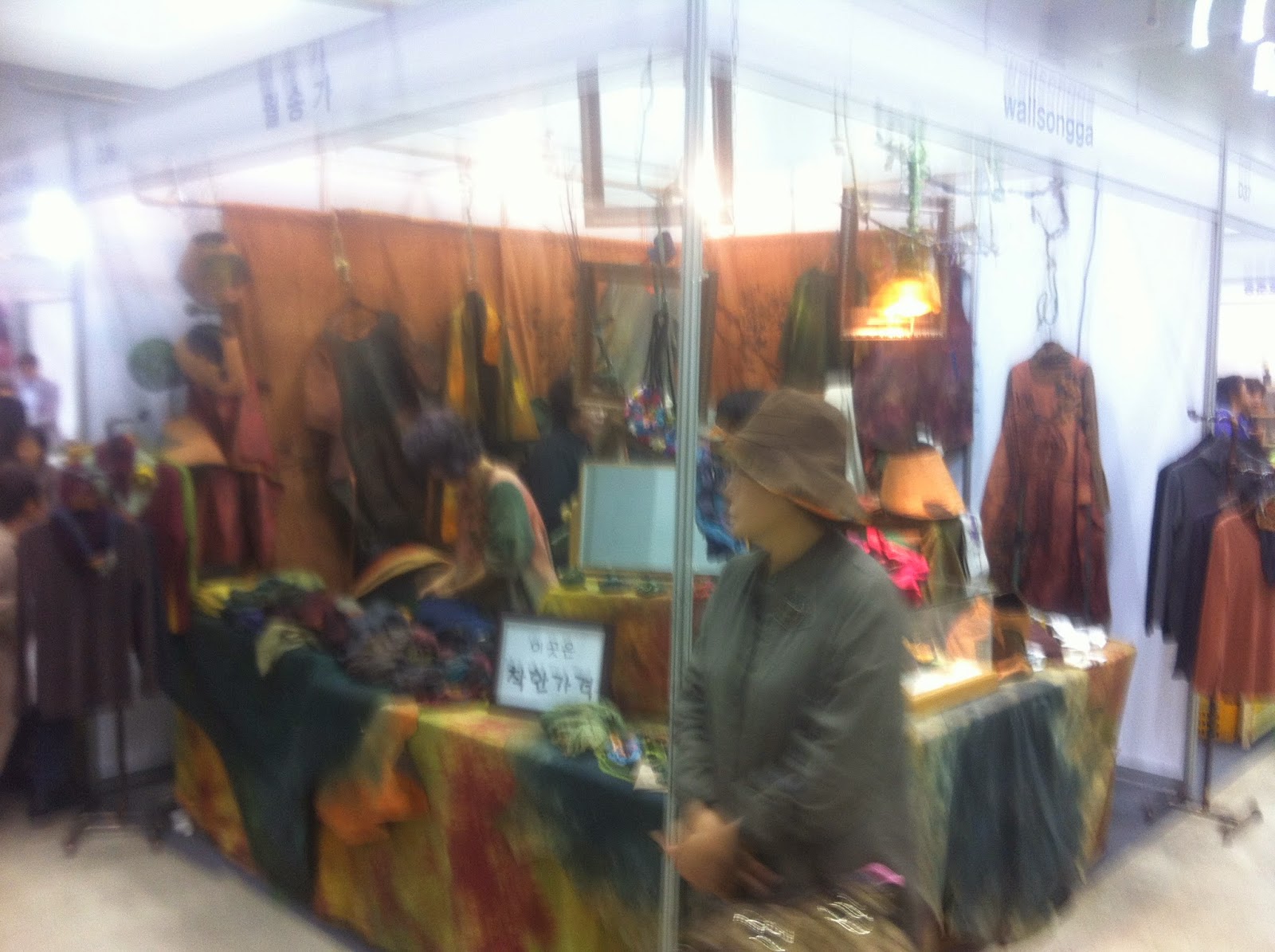 There are two key points in discerning what is called in Korean Cha-ot 차옷 or tea clothes.
The first is that Korean tea clothes come in earth tones. Most commonly in fall colors but some come in other colors than brown green and dark blue.
Later I'll do a post on my spring tea clothes (once they come back from the cleaners :-)

The second point is that the clothes upon close inspection have many fine creases making them look like dried leaves. 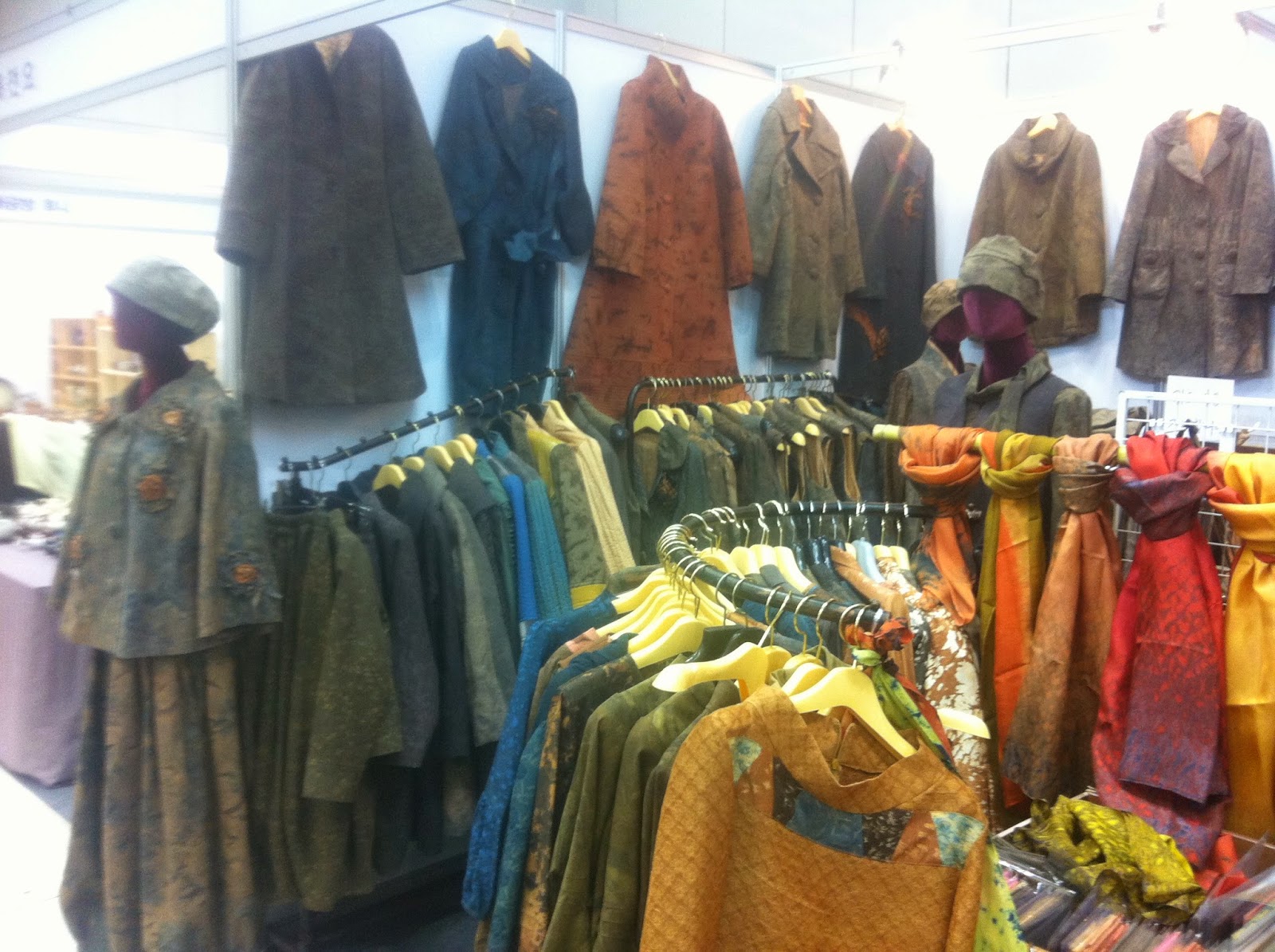 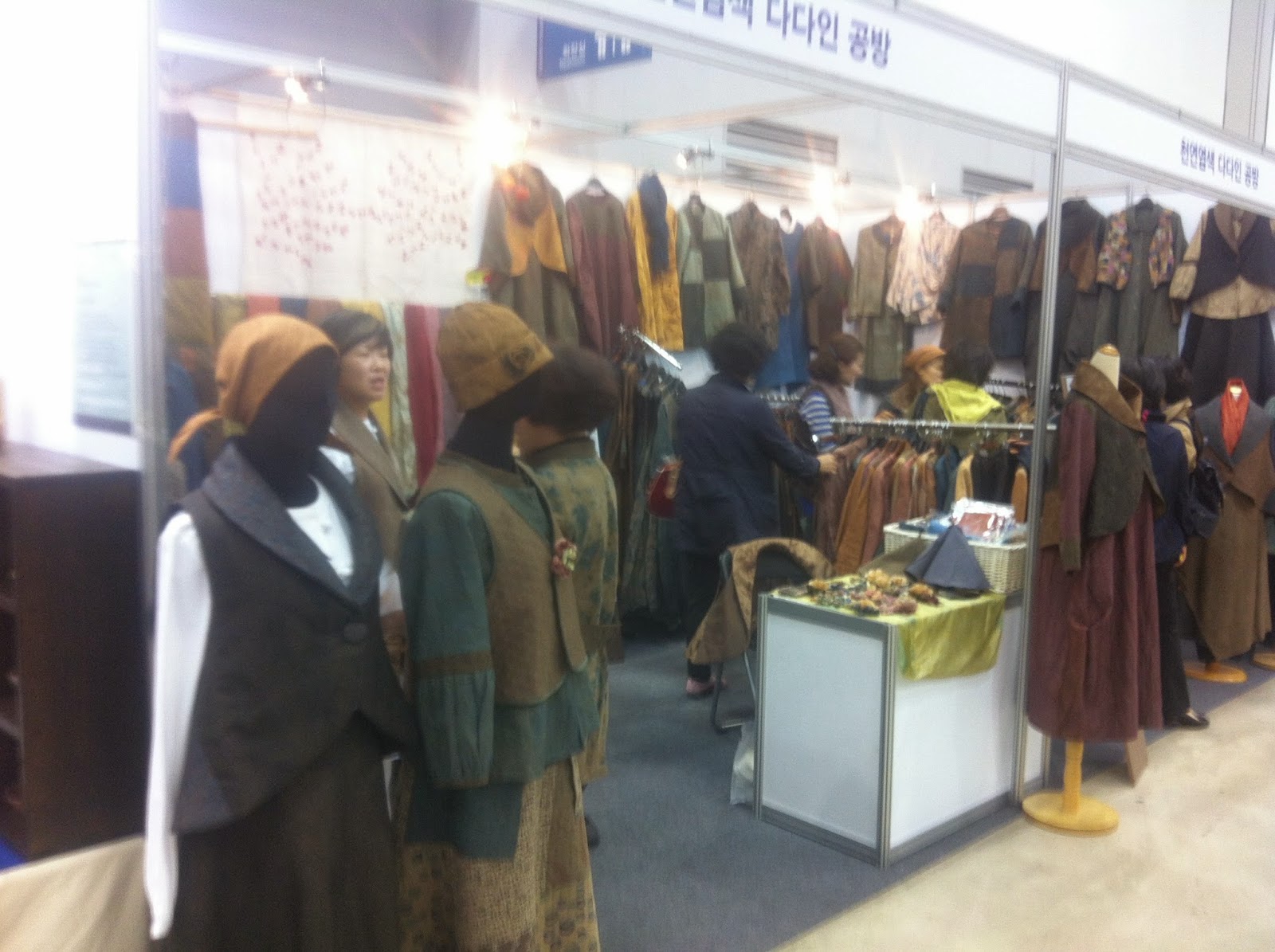 Here, and above you can see Korean tea clothes. The manikins on the left here are prime examples as they include the head kerchief or beanie something you would not find in traditional hanbok but is often worn by teahouse owners and students of tea in and around Korea.
Headwear is optional though the standard outfit consists of long skirt, long sleeved shirt (though not too long as in a kimono) and vest. 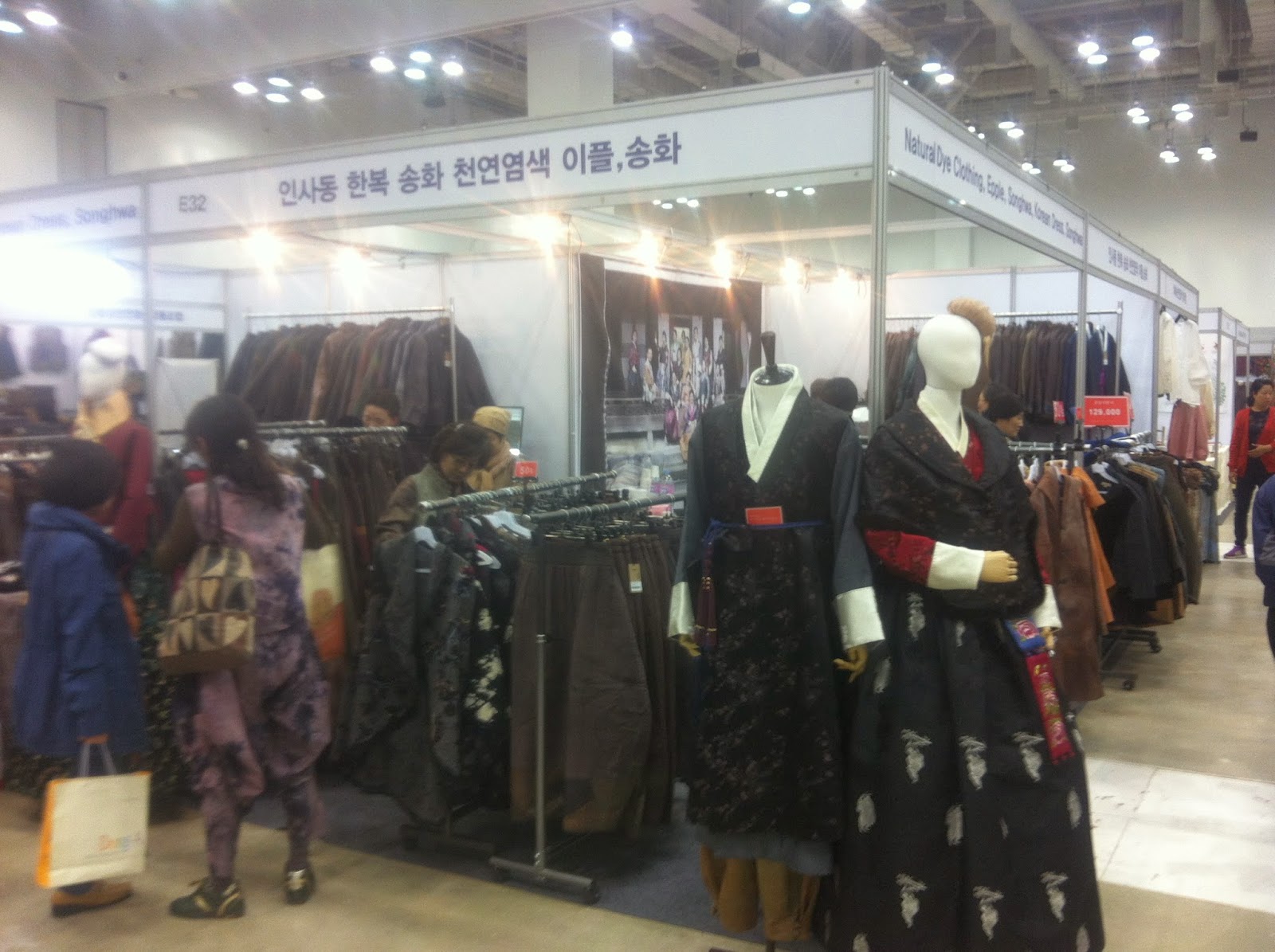 In this picture you can see the stall there are tea clothes in the autumn earthy colors. The two manikins however are sporting different attire. On the right and in the picture below we have a woman's hanbok. and next to 'her' we have Goryeo style hanbok.

I shall explain Goryeo Dynasty hanbok and its significance to the Korean tea ceremony in an upcoming post. Until then, stay steeped!
MWT. 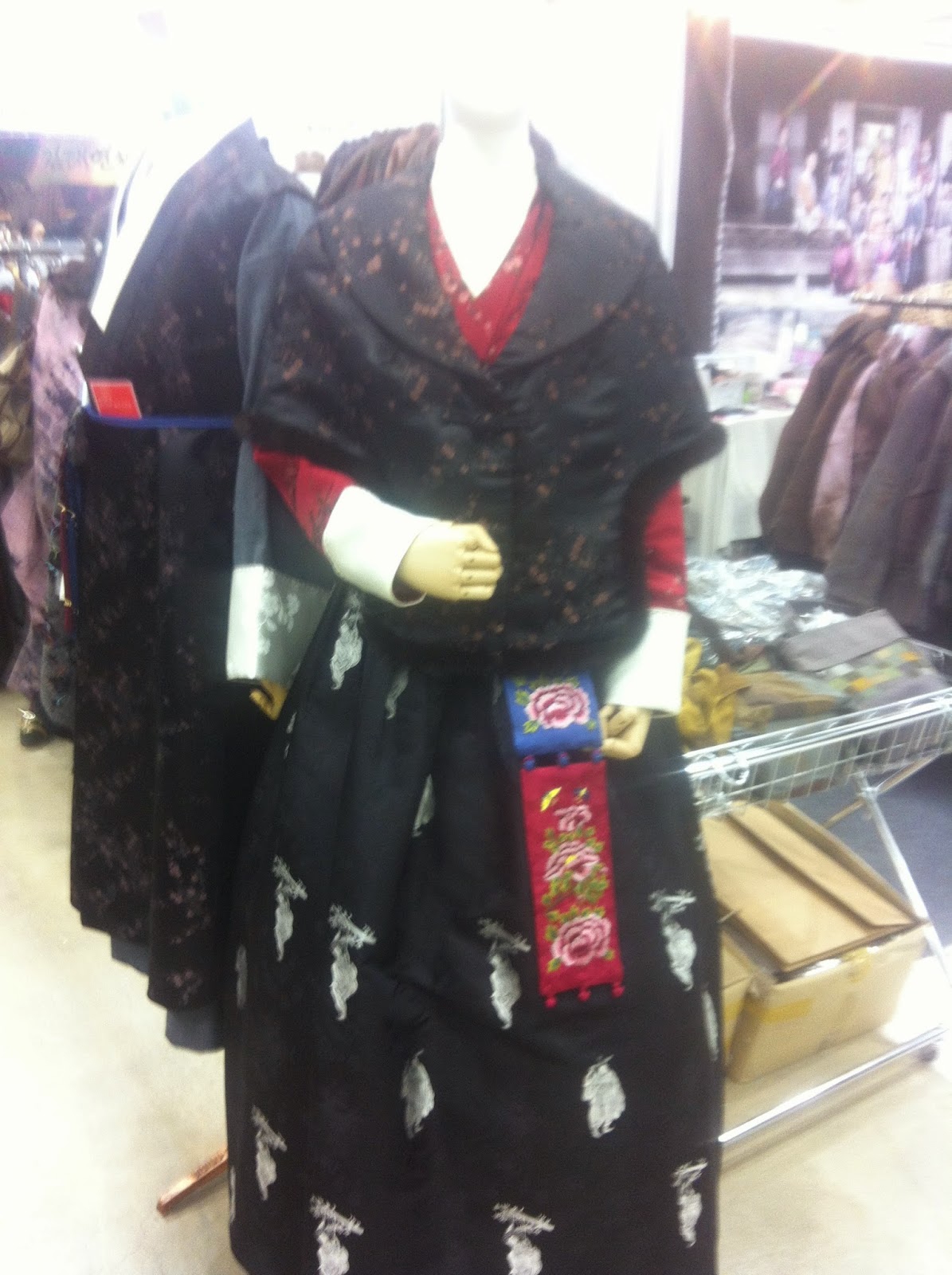 Posted by Matthew Thivierge at 5:41 PM