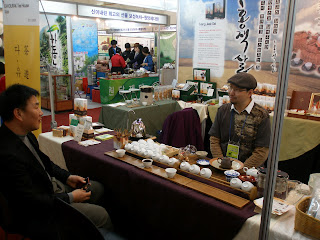 Its been awhile since I last posted ㅜ.ㅜ I've been busy teaching and taking Chado tea ceremony classes. Here are some pictures of last years 2011 Busan Tea and Craft Fair held at BEXCO in November. 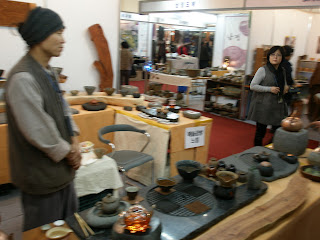 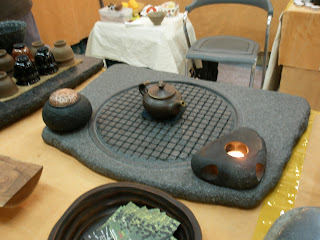 They had vendors from all over Korea and some from China. Its nice to see Korean events slowly becoming more and more international in practice rather than in name only... 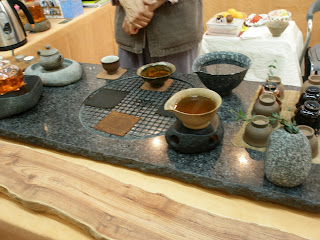 At this particular booth a Chinese company www.taetea.com.cn did what is called these days KongFu Cha or the Chinese tea ceremony. It was in existence before the Communist revolution wiped it out, but has since resurfaced. It was brought in its past form, escaping Mao's repressions to Taiwan where it has evolved greatly. Although one can find many similarities between the Chinese and Taiwanese tea ceremonies. Some time ago my wife bought me a KongFu Tea set from China although I haven't practiced that particular ceremony in some time now... Below you can see the lady performing and serving the Korean guests. 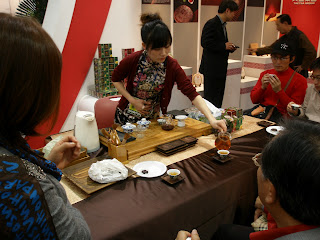 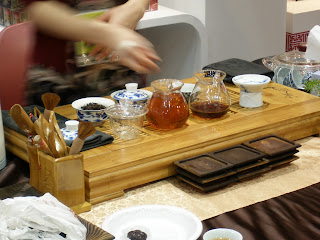 As you can see here KongFu tea is conducted using a Gaiwan (the bowl with lid). It is excellent for preserving the teas aroma in when steeping. It also provides space for the tea leaves to spread out, something tea balls and teabags don't do. You can find gaiwans easily in Nampodong's markets, close to Jalgachi market. 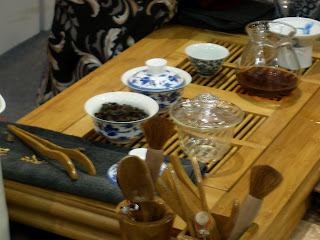 Posted by Matthew Thivierge at 2:06 PM